The history of L.A. Larsen AS 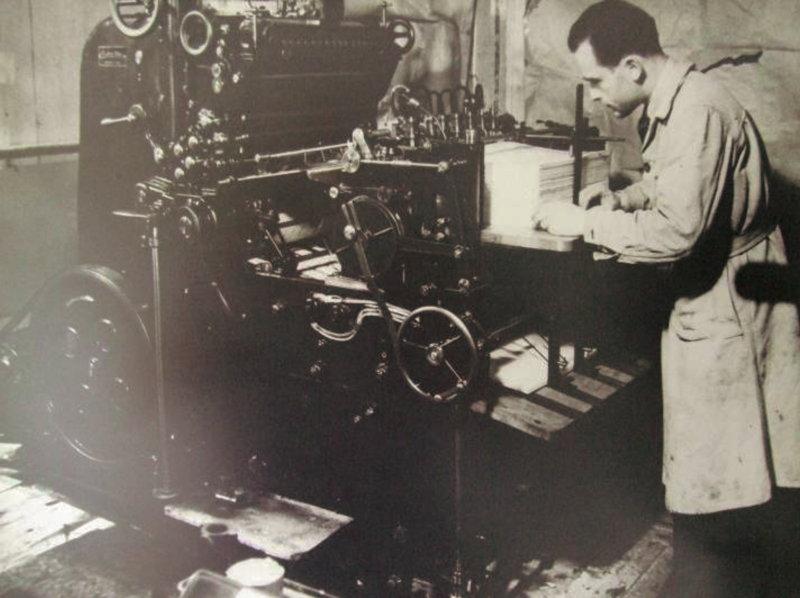 My father, Lars Andreas Larsen, started his printing house in 1947. In 1952, when I was 5 years old, I received a puzzle as a present from an aunt in America. The puzzle had a drawing of a cowboy with his lasso, and it was made from thick board. My parents noticed that I spent a lot of time playing with this puzzle, while other puzzles of less good quality were of less interest for me.

There were not a lot of quality toys available in Norwegian shops at the time, and my father decided to try to manufacture quality puzzles himself. The first puzzles were manufactured in our basement in 1953. He used an old die cutting machine that earlier generations had used to make slippers, to cut out the pieces, and an old Singer sewing machine that he rebuilt into a saw to make the cutting tools.

Until the beginning of the 60's he had produced mainly puzzles for other publishers, but we gradually started to build our own product line. Our first brand name was "Lasses puslespill". Lasse was the nickname of my father, and puslespill mean puzzles in Norwegian. In 1964, the logo was changed to the star with the words "Stjernespill" (meaning Star-games) "L.A.L." (my fathers initials) and Flekkefjord (our town). Later, in 1990, we added "Larsen" to the logo as this was easier to pronounce outside Scandinavia.

A new factory building was build in 1975, which has later been expanded in 1988 and 1993. Many of our machines are special built only for making "our kind" of puzzles, and we work continually to improve our production line.

We now employ a total 8 people, including my wife Jonna, our son Lars Kristian and me. The ideas we work by are still the same as my father had more than 60 years ago:

In 2017, our standard range consist of more than 400 different puzzles. Some of them we produce with text in up to 30 different languages. We put all our efforts into making puzzles that are not only beautiful, but also educational and fun to do again and again. Our aim is no less than to be the number 1 producer of "our kind of puzzles" in the world.

I hope you will enjoy looking through our web site.